The illusion of movement

The motion has always fascinated us. In pre-Socratic Greece, Zeno of Elea distrusted its credentials, arguing that “it is impossible to move because what moves must reach the half-way point earlier than the end.” Since the number of half-points between two end-points of a journey is infinite, he concluded that it is impossible to traverse an infinite number of states in a limited time. He was inadvertently sowing the seeds of calculus, which would remain dormant for a while.

At the beginning of the XXth century, poets and painters were adamant in proclaiming the virtues of motion and speed. In his Manifesto del futurismo (1909), Marinetti wrote: Up to now, literature has glorified contemplation, ecstasy, and reverie. We want to exalt the aggressive movement, feverish insomnia, the racing step, the deadly leap, the slap and the punch. We declare that the world’s magnificence has been enriched by a new beauty: the beauty of speed (1). They defied the current artistic canon and sought a new creative vigour in burgeoning cities with their tingling mixture of urban life traits: multitudes rushing through the streets on their way to the theatres, cars moving in a frenzy and virulent outdoor political meetings. They woke up to a new sensitivity and celebrated the polyphony of modern industrial societies.

In this context, Giacomo Balla painted ¨The hand of the violinist¨. Both hands and musical instrument are far from being portrayed as stationary objects; in fact, quite the opposite is true. Balla’s use of force lines to accentuate the feeling of motion visually disintegrates matter into a finely powdered cloud of vibrating lines, describing an arc that extends from the lower right corner to the upper left one. Reminiscent of the discovery of atoms and sub-atomic particles, which was occurring almost simultaneously, it enthroned a new pulsating life. Suddenly, Zeno’s infinite halfway-points reappear, and this time we can almost grasp them. The original V-shaped framing, unfurling like a fan, further stresses the kinetic energy trapped in this scene. 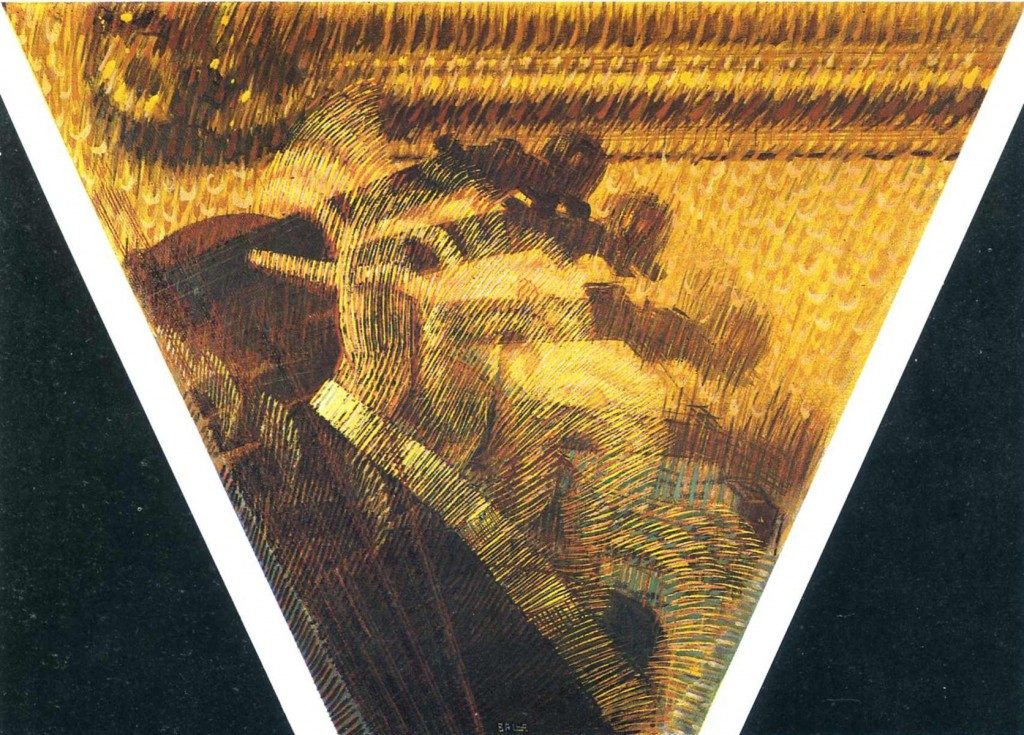 Giacomo Balla- The hand of the violinist, 1912

Almost at the same time, in Soviet Russia, Vladimir Tatlin was infusing the geometric abstraction of Suprematism, with a new vigorous architectural scope. Suprematists regarded the geometric forms in primary colours as intermediate snapshots (Zeno’s halfway points) taken during their evolution against a white background (representing the infinite space in El-Lissitzky’s cosmovision). Tatlin went one step further, reaching a new level of complexity.

He intended to more explicitly represent all those fractional states of movement, at the same time. He aimed at organically embodying time-space (El-Lissitzky’s fourth dimension) in a new entity that defied the painting’s two dimensions. This approach necessarily required new forms of expression that hybridise architecture and sculpture. His vision gained considerable momentum when he was commissioned with the construction of a kinetic tower to commemorate the 3rd International Socialist.

The Monument was supposed to be a third higher than the Eiffel Tower. Tatlin conceived this colossal structure as a shrine for governmental institutions. The iron and glass structure would contain three building blocks which would house the executive, administrative and propaganda offices of the Comintern. They would rotate at different speeds (the first one, a cube, once a year; the second one, a pyramid, once a month; the third one, a cylinder, once a day). This kinetic project, which was born out of an obsession for the transforming power of machines (and therefore, a hopeful and celebratory role for the industry), propelled by the speed of historical changes, was never completed but it opened the eyes of other artists. His interest in movement and machines would eventually lead him to study bird-flight and design gliders. 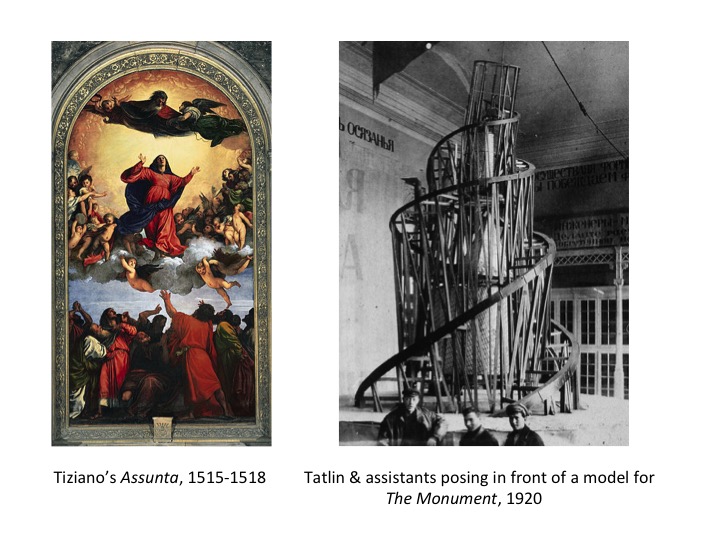 In a convoluted way, his spiralling lines paid tribute to another artist who was also concerned with faithfully conveying the illusion of motion. In his Assunzione della Vergine (1515-1518, Santa Maria Gloriosa Dei Frari, Venezia), Tiziano confronts us with a scene of dramatic power which would immediately put him at the forefront of the Venetian school. The view represents the heavenly ascension of the Virgin. At the bottom, the disciples extend their arms upwards, directing their gaze to follow the supernatural event and this vertical upheaval is further echoed by the angels that surround the Virgin, who in turn reinforce the general direction of the movement. Bottom-up zigzagging lines organise this turmoil, acting like a whirlwind and drawing the agitated masses of characters to it. The viewer is also compelled to follow them. The kinetic force of this painting is evident from its helical construction and deviates from the serene and dignified template set before by Giovanni Bellini.

After the Italian futurists and the Russian constructivists like Tatlin, other artists would take over the illusory representation of movement. Already in the 1910s, the Orphic painters (Sonia and Robert Delaunay) would create circular patterns where the illusion of rotation, like blades of a spinning windmill, was based on the interaction of light and colour. Delaunay would write: ¨Vision is our highest sense, the one that most intimately communicates with our brain, with consciousness. Our understanding is in correlation with our perception¨  (2). 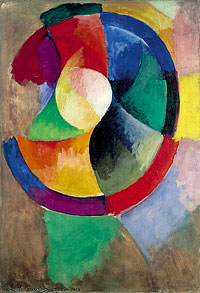 However, so far, all these different attempts to represent motion in painting were static; they subtly hinted at the movement, but they did not explicitly address it. The breakthrough would come with the work of artists like Alexander Calder, Julio Le Parc, Jesús Soto and Jean Tinguely, among others. As preconised by the Bauhaus school, they would integrate technology and the use of industrial production methods into their work (not surprisingly, one of their mentors was Laszlo Moholy-Nagy, who also combined light and movement into luminokinetic works). Within the so-called kinetic art movement, different approaches lived together. In many of Soto’s works, for instance, the illusion of movement is recreated when the spectator walks around an otherwise static geometric pattern. Tinguely added a good pinch of irony: his purposeless automata, built around unlikely combinations of discarded industrial elements, seem to incarnate the old idea of Perpetuum mobile while satirising the teleology behind modern means of production, questioning their role in modern societies. 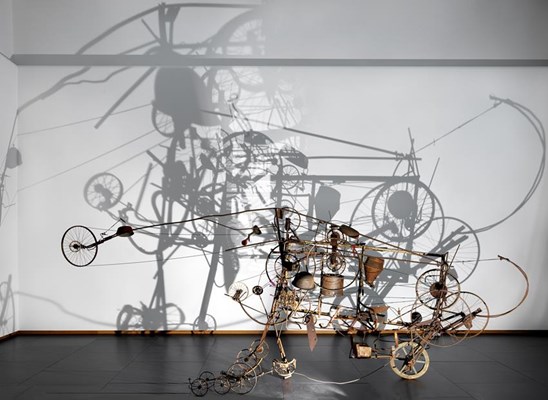